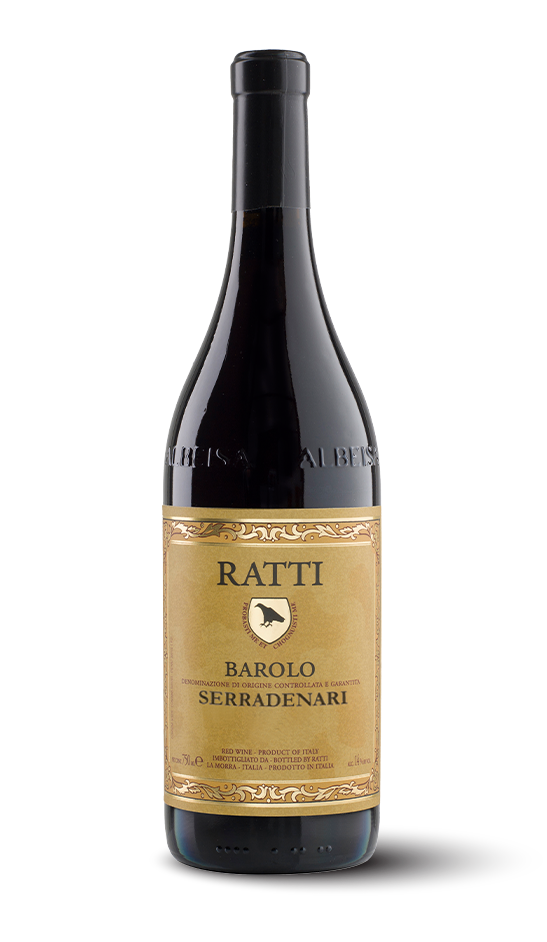 2019 brings a new challenge: producing a Barolo in the highest part of La Morra, at almost 500 meters above sea level in a marvelous natural amphitheater with a view of the Piedmontese Alps. The MGA is called Serradenari, and our Cascina Sorello estate covers an area of approx. 4.5 Hectares with South/South-West exposure and vines varying in age between 20 and 40 years, on the typical land formation of La Morra. The optimal exposure to the sun and the greater altitude allow, in light of the climactic changes underway, for later grape harvesting compared to the vines of Annunziata. The wine has a greater “edge” than our other Barolos, while nonetheless maintaining the characteristics and typical traits of La Morra.
Available from 2023

Refining for approx. two years, partly in barriques and partly in oak barrels of 25 hl, followed by bottle refinement of approx. one year.

The historical label bears the coat of arms of the local noble family, with a black hawk against a gilt backdrop. The Latin inscription “Probasti me et cogniusti me” means “You tried me, you knew me.”

The Albeisa – from the name of the city of Alba – it is the iconic bottle created by Renato Ratti in 1973, desired as a way of identifying the uniqueness of a territory and its wines.

The elegance of Barolos from La Morra

The particular morphological, geological and microclimatic conditions confer an extraordinary elegance to the wines of La Morra.